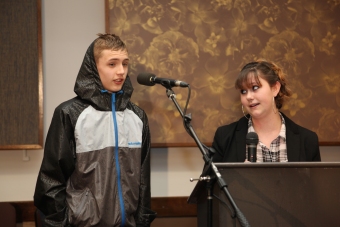 Idea by year 11 pupil Ellie who witnessed some pupils’ bad behaviour on a bus ride home from school. After they got off she heard the other passengers make detrimental comments about her school and pupils. Realising they thought all the pupils were the same she stood at the front of the bus and told the passengers that they were not all like it and invited them to the schools open day. Not content with this she spoke to her headmistress and it was agreed that she could make a film to educate pupils. 7 young people made the film – all aspects story board, filming, acting etc – including the ‘bad’ boys from the incident, the bus company who unbeknown to the school were at the point of taking bus passes from pupils also agreed to provide a driver and bus for the filming.
The film was shown to pupils, bus drivers’, bus passes were changed to photo ID cards, it was also played to all head teachers in the York area and to pupils from other schools. Importantly the bus company continues to take pupils from the school and the schools reputation has improved. 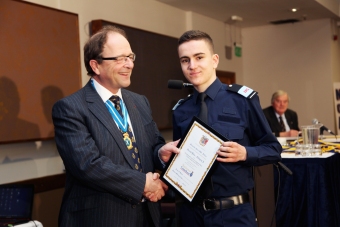 Joseph a cadet – when 13 was robbed of his mobile phone, beaten up and thrown into a river and left by his attackers. As a result of this experience he joined the cadets to get involved in the fight against crime. The cadet leader found out that Joseph on his own initiative was visiting neighbours in his community urging them to get involved in a neighbourhood watch scheme he was setting up. He was also collecting email addresses to sign people up for neighbourhood link –an email newsletter sent out by police giving crime prevention advice. He is now the coordinator of the scheme and his mother deputy coordinator. Joseph with the support of the cadet leaders has been inspiring other cadets to do the same in their neighbourhoods. 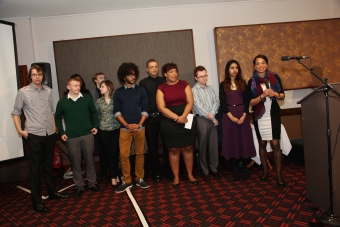 These young people were attended the 12 week Princes Trust Programme and they decided to tackle Knife crime in Luton as their community project during the course. One of their members had been profoundly affected y the death of a friend who had been stabbed. They raised money, researched the topic interviewing a bereaved parent and a knife crime offender and worked with a media company to make a film to educate others on the consequences of just one attack. The product is of good quality, distributed to school, youth teams, youth offending teams and is being used by the Luton Youth Offending Team and Victim Support. The team used much of their spare time – working around the Team programme from early in the morning, late at night and weekends to produce this film.
The also organised the premier at a local cinema. 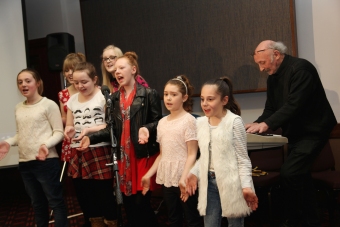 These young people manage, raise funds for, and reach out to disadvantaged young people, successfully encouraging them to engage in the activities they put on rather than resort to or continue in a life of crime. They have had a direct impact on the reduction of crime and anti social behaviour in their valley. They also raised £150k to purchase equipment for their group. In 2010 they received the Queens Award for Voluntary Service for engaging with hard to reach young people. The impact on the quality of life in the valley of Merthyr Tydfil through these young people providing other young people with activities in which to engage is huge.

The Cadets provide intelligence relating to the illegal sale of age related goods such as: fireworks, alcohol, tattoos, solvents, knives etc. They then plan and manage their own monthly test purchase operations working with Trading Standards Officers to obtain and record evidence that has had a direct impact on reducing crime and danger to the public. They also designed an awareness raising campaign for shopkeepers not just about the potential for prosecutions but also but about public health and youth violence. 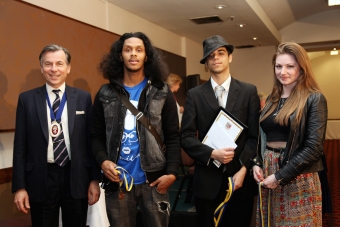 Beats Brains is a sex and healthy relationships project and a group of young people produced a film and soundtrack ‘Man Enough’ which questions if they are man enough to respect girls and young women. The lyrics were written entirely by the young people to deter young men from becoming perpetrators of domestic violence. The song is used by these young men as peer educators to provoke discussion on relationships and domestic violence. Outcomes – A notable shift in young men talking about young women differently and questioning the power and influence of certain music. Project workers have witnessed a move in attitudes and perceptions which is seen in the music which those in the project are listening to and producing.