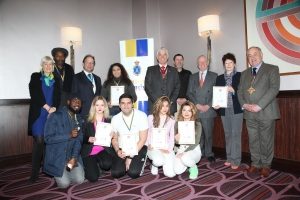 Kent – with project ‘Find a Solution‘
This submission was completed by one of the young people involved in the project. This is a first!

The group of YPs were “sick of drugs and violence happening in our community and we wanted to tell others there is a better way to live”. They specifically mention the detritus that goes with drugs, alcohol and other abuse littering the community and presenting dangers. With support of an action fund and the staff at the Quarter Deck youth club they created a music video to go with a song they wrote which is called ‘Find a Solution’ To date they have shared the project with over 100 other very diverse YPs including those in detention. The area around the youth club is clean, safe and well lit. The alleyway behind the football cages has been cleared and anti- social behaviour has been minimised. Young people who would otherwise engage in the former abuses now attend the youth club. They hope to get more funding to set up a peer- to-peer mentoring scheme to sustain the improved behaviour. The project has won numerous awards and the YP have performed at the V&A and the Turner Galley. 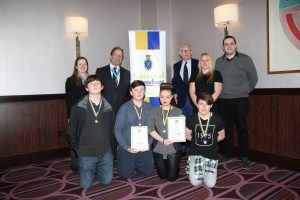 Merseyside – with project ‘Don’t be a victim‘

The Knowsley youth club attendees were charged with coming up with a peer education project that would benefit others members of the club. Following surveys and consultation they discovered that the issue most experienced or feared by YP was – having something stolen. Armed with this information they devised a quiz to test YPs’ knowledge of being a victim and also produced a leaflet aimed at YPs ‘ 10 Tips on How to Stay Safe and not be a Victim of  Crime’. In addition they challenged the perception of the word ’Victim’.
They initially gave out 400 cards and, following positive responses from the YPs who said that having the information given by peers was more meaningful, they conducted an evaluation. The cards were found to have had a significant impact and the CEO of the youth club agreed that they would be given out in the induction packs for new members. A further 400 have been distributed in this way with another 200 being distributed to YPs at community events in the Knowsley area. 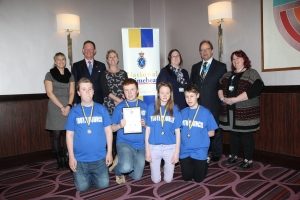 The Youth Assemble are 4 YPs from Eastfield who, following an attack on the local Police Station, wanted to do something to improve the area’s reputation by making it a safe place to live. They came up with organising a Safer Community Fun day where the community could enjoy themselves but also have access to different services and information relative to all age groups. They arranged the attendance of many attractions including a Mobile Police Station for property marking, Fire and Rescue, RNLI for advice on water safety (Eastfield is by the Sea) and School Nurses who gave healthy living advice. Businesses donated prizes and the team made posters advertising the day. The day was a huge success.
The team are now part of a newly formed Youth Council and have recruited another 6 members who before Christmas organised fund raising events. 100 people attended with 92 children visiting Santa. They spent the £140 raised on gifts for sick children in hospital. This was all done on the initiative of the Youth Council, the family support worker describing the team as “role models portraying the community in a positive light, changing stereotypical opinions of some people whilst gaining valuable experience”. In short creating safer communities. 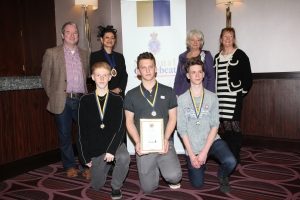 Warwickshire
– with project ‘EXPEDITION @ SAFE‘
During March to August 2015 ten members of the SAFE Youth Club aged between 13 and 16 years took part in this project. The Youth club members had been visiting a newly-opened community woodland ‘Foundry Wood’ when two 14 year old members started a fire without realising the potential consequences and burnt down the toilet block. Following restorative justice intervention the two young people agreed to clear the site and contributed ideas about the design of the replacement block. Other members of the club decided to help with site clearance and spent their Easter holiday on the task. Following this all the YPs decided to help with the replacement building, learning to follow plans and drawings, measure and saw timber and also to drill holes.
They constructed the handrails, floor, walls and steps before the composting toilet was installed. The construction of this community asset was featured in the local media and one of the YP went on to spend his work experience with a carpenter.
The benefits of the project have been numerous but mainly it has taught the YPs the danger of setting fires and to give something back to the community. 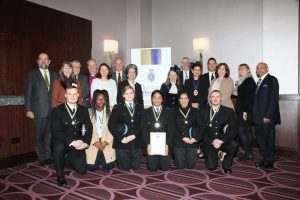 Bedfordshire – Bedfordshire Volunteer Police Cadets with project ‘Operation
Vision’
This operation has been run on many occasions and it involves the cadets proactively interacting with residents going from door to door, answering questions and giving crime prevention advice, assisting with bike marking and number plate security. With the assistance of all the Cadets nominated Operation Vision has helped to identify those who are vulnerable in the community and those that Bedfordshire police need to engage with more frequently.
This has all been achieved in addition to the training periods they have to attend and volunteering outside of being a cadet. Two of the nominees Katrice and Daniel have been the leaders of the cadets during the Operation Vision events- Katrice as Deputy Head Cadet and Daniel as a Cadet Instructor, which he carried out as a volunteer in addition to his paid role as a
PCSO. 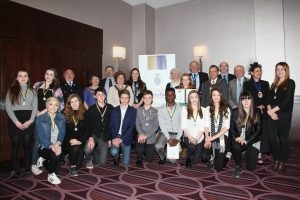 Powys – with project ‘Illegalise Legal’ighs’
Following two near-death incidents involving pupils at Crickhowell High School from taking legal high substances, pupils started to ask what they could do about “”illegalising” these substances in the minds fellow pupils. Working with the Police Neighbourhood team the twelve 6th formers trained to become Ambassadors within the school
making themselves available for peer-to-peer advice sessions and signposting to other support if needed. They are creating a school web page for other students to explore the issues, using the information they have obtained during their training which has involved speaking to ex and recovering drug users.
Although this project is still work in progress there is the potential to take the mentoring into the community to other vulnerable YPs. Crickhowell is an affluent rural area where the crime rate is low and the two incidents referred to above rocked the community.